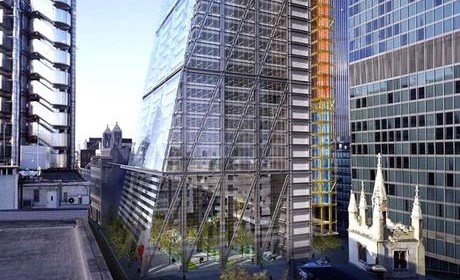 London is a huge bustling city that is home to 8.3 million people and over 4 million companies. It is an amazingly busy place. During the day, around 25 million people are in the city working or going about their day-to-day life. Despite this, the city is not your typical modern metropolis. London is one of the few commercial cities in the world that has a low-level skyline. Most other commercial centres in the world like New York and Hong Kong have a high-rise skyline.

For decades, London has bucked the trend, but finally demand for office space in SW1, The City, and other busy areas of the capital, has reached the point where the city has to expand upwards. The view seems to be that unless London expands and does so quickly it is going to be impossible to continue to attract new firms to the capital and meet the needs of the companies that are already based there. Over the past decade, several beautiful skyscrapers have been built in the centre of London, and there are plans for a lot more.

Seventy are already under construction and plans are being drawn up for another 200. The chance to build iconic buildings in London is attracting architects from across the world, who want the chance to leave their mark on one of the world’s iconic cities.

London’s existing skyscrapers come in all shapes and sizes, quite literally. Their weird and wonderful shapes has lead to official names being lost in the mists of time as the British public switch to names like The Gherkin, The Cheese Grater and The Walkie Talkie instead. These names are much more interesting than The Swiss Re Building, 122 Leadenhall Street and 20 Fenchurch Street, which were their official names.

These three are fantastic examples of iconic buildings that have a strong identity, which attracts tenants and has helped the city to embrace these radical changes to their skyline. It seems that Londoners like these unusual shaped buildings, but are really not keen on getting more high-rise square blocks.

Most of the seventy with planning permission are not your typical high-rise design.

Construction of this new 52-storey tower has already started. It is being built on what was the headquarters for Sainsbury’s supermarkets. This tower will dominate the skyline in this part of the city, standing as a sentinel at the end of Blackfriars Bridge. The building is a clever combination of rounded and sharp lines that makes a huge statement. 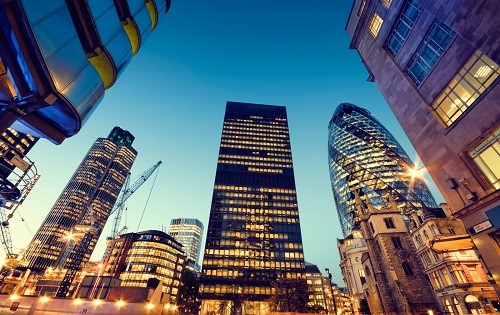 Baltimore Tower is a residential building under construction on the Isle of Dogs. It looks like a high pile of silver rings piled on top of each other. The tower s nicknames the twisted tower.

These two triangular shaped towers are being built on the riverfront either side of the iconic power station. They are the centrepiece for a new waterfront community. Both towers should be completed by 2019 the other eight buildings in the development should follow soon after that.